It was the 15th November 1958 and a thick fog had descended along the Eastern Scottish coastline. Visibility at St Abbs Head, Berwickshire was very poor, hiding the rugged, rocky shoreline and the Meg Watson Rocks to the north of the headland.
The MV Nyon a Swiss registered Merchantman (4956 tons) was making her way to Dakar with a crew of 33 on board, after discharging her cargo of grain at Leith. At approximately 7pm and up to 3 miles from the normal shipping route, the Nyon went aground on to the Meg Watson Rocks. She lay with her bow between two rocky points less than 100 yards from the shore which rises steeply in a cliff face to 150 feet.
Nyon sat fast, in a perilous position, with massive damage to her underside, as emergency services erected a breeches buoy reaching from the top of the cliff to the vessel 150 feet below.
Charles had been immediately dispatched to St. Abbs and was watching the drama unfold. Always the one for a unique picture he had found himself a position at the very edge of the cliff and began carrying out his duties recording the courageous efforts of the coastguards as they attempted a rescue.
It was at this point things began to go horribly wrong, not for the crew of the Nyon who it was decided were safer staying on board and attempting a repair to the ship’s hull. Nor for the rescuers whose professionalism and bravery was beginning to pay off; but for Charles.
Dad was never quite sure what happened next. Whether it was the ground breaking away beneath him or a clumsily placed foot, the result was the same, he began to fall down the sheer cliff face.
Charles’ next recollection was of coming round in immense pain and perched on a small ledge about twenty feet from the top of the cliff. This short and narrow ledge had stopped the otherwise inevitable plunge to the rocks 150 feet below.
The exact details of his rescue have sadly been lost in time albeit to say that two of his fellow news photographers bundled him into a press car and rushed him to hospital in Glasgow for emergency treatment. It was a year later that Charles was finally allowed to escape the confines of a plaster cast that covered most of his body and was able to return to his newsreel work.
Charles was repaired and returned to his duties – but what of the MV Nyon?

Attempts to plug the holes in the vessel with cement and then to pull her off the rocks with four tugs had failed. She was stuck fast and badly damaged so it was decided to cut her in half and save the aft section, then after removing anything of value, leaving the rest to the sea. On the 27th November, after a number of failed attempts and the use of cutting equipment and small explosive charges the aft section came away and was towed by tugs to North Shields. A short time later the front section broke up in a winter storm.
The ships owners quickly contracted a Dutch ship yard to build a new front section and to then join the two parts together. By mid-1959 the job was complete and Nyon set out on trials. So there was to be a happy ending after all. No unfortunately not. MV Nyon plied her trade until 15th June 1962 when on a trip to Montreal from Antwerp, in thick fog and just five miles off Beachy Head she collided with an Indian cargo ship M.S Jalazad and was lost.

Charles Everest and Terry Reid have crossed paths twice in the last 40 years. Their first encounter was during the 1970 Isle of Wight Music Festival when Terry made a brief return visit to England having recently moved to California. 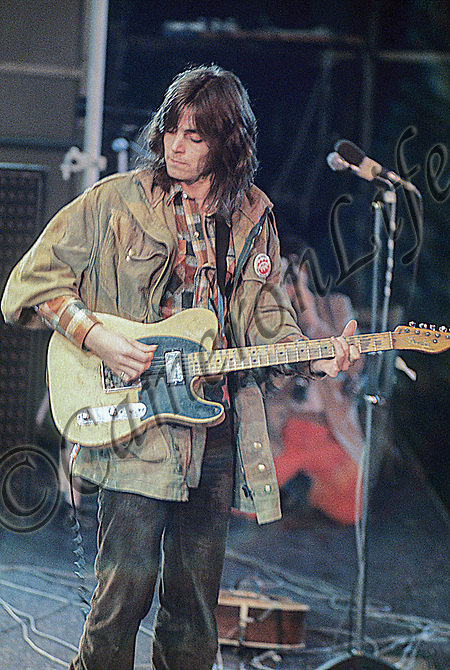 Their second was in June 2012, 42 years later, when Terry once again returned for a UK tour, and Charles was a guest at his Sheffield gig. On both occasions Terry became the subject of the “CameronLife” cameras.

Terry’s story is an amazing one. Born in Huntingdon on November 13th, 1949, he left school at the age of 15 and played for a local band the ’Redbeats’. Whilst playing at a gig alongside the Jaywalkers, Peter Jay asked Terry to join the band. He quickly turned professional and embarked on a career that has had many twists and turns. Terry took the lead vocal spot and soon saw his profile soar when the band was named as a support act for the Rolling Stones.

1966 saw Terry set out on a tour of Britain supporting the Stones, (also on the Bill was Ike and Tina Turner and the Yardbirds), and a year later he made his first single, “The Hand Don’t Fit The Glove,” for Columbia. He then formed his own trio, playing guitar in front of an organist and drummer, and was signed up by Mickie Most, to join a stable that already included the Jeff Beck Group, the Yardbirds and Donovan.

Terry’s profile continued to grow and in 1968 he toured America as part of Cream’s farewell tour. On his return Reid was approached by Jimmy Page to front the New Yardbirds after the original Yardbirds had all but folded. At this time Reid was about to go into the studio to record his debut album and having managed to wrestle more artistic control away from Most, would have been mad to accept the job.  In hindsight perhaps he should have taken Page up on his offer, but that slot went to Robert Plant, and the New Yardbirds became Led Zeppelin.  The decision not to join Page has made Reid famous in Rock history as the ‘Man who turned down Zeppelin’.

An opening spot on the Rolling Stones’ famous 1969 tour of America seemed to point towards even brighter prospects for the future but unfortunately Reid’s career stalled soon after as a battle ensued between Terry and Mickey Most. This litigation was to all but halt any of his studio activities during the early 1970’s. 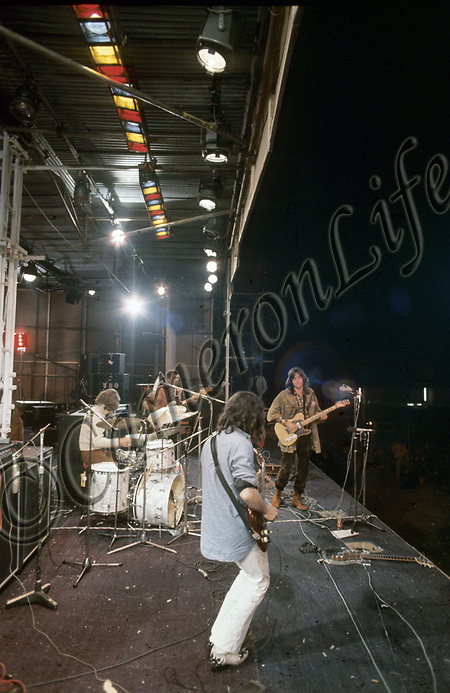 along with David Linley (ex -Kaleidoscope – multi-instrumentalist) and Tim Davis (ex-Steve Miller Band – Drummer). Reid’s Isle of Wight appearance went well and he returned to the U.S where he continued through much of the 1970’s as a solo act. Later in that decade Reid was approached to be the new vocalist for Deep Purple but he declined the offer and so the title was given to Ian Gillian.

1976 saw Terry’s song ‘Seed of Memory’ briefly chart but sadly he has barely recorded since although he has played some sessions and released The Driver album in 1991.

Reid has always kept a loyal and dedicated following in the UK and played regular gigs over here to his fans. It was in one of these intimate shows in Sheffield that we found ourselves sat listening to one of the best singing voices I have heard in my life time.  A rasping voice that fills you with emotion and is so full of soul, (Aretha Franklin loved his blue-eyed soul so much she recommended  him to Atlantic Records). 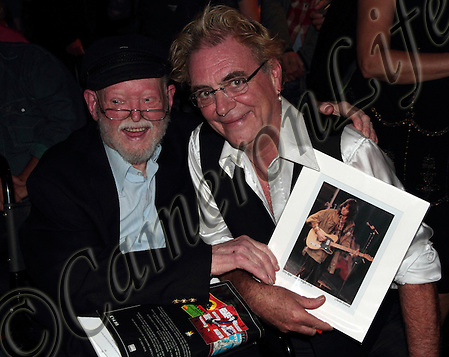 Charles was delighted to have met Terry again and remembered him fondly until his death in 2015.  It was a real privilege to meet with Terry after his gig and to chat with a genuinely funny, nice guy who still has a voice to die for.