continues tonight in Lancaster, Pennsylvania with an appearance at the American Music Theatre, before moving on to Wallingford, CT and beyond in a 24 date US tour.

Continues tonight in Bethesda, Maryland with appearances for two nights at the Strathmore, before moving on to Lancaster, PA and beyond in a 24 date US tour.

Continues tonight in Red Bank, New Jersey with appearances for two nights at the Count Basie Theatre, before moving on to Bethesda, MD and beyond in a 24 date US tour.

Kicks off tonight in Morristown, New Jersey with appearances for two nights at the Mayo Center, before moving on to Red Bank, NJ and beyond in a 24 date US tour. 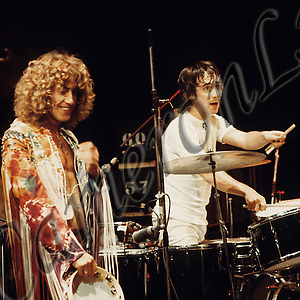 Born in West London in 1944, Roger formed his first professional group, The Detours, in 1961, this group subsequently becoming The Who. In forming his Band Daltrey first recruited John Entwistle, then later Pete Townshend was invited on John’s recommendation.

By the time of the release of Tommy in 1969, Roger had become a Rock Icon and sex symbol. His long curly hair, fringed suede coats and bare chest became his trademark. This look is very much in evidence in Charles’ 1970 Isle of Wight Festival images.

The Belfast Nashville (BelNash) Songwriters Festival is back in 2014, with more than 100 songwriters featuring in 50 events in various venues across Belfast.

[photoshelter-img i_id=”I000029IxIX5dXnE” buy=”1″ caption=”Roger Daltrey – The Who .-.Daltrey in his customary tassels was on top form. He worked his way through a marathon set that saw the sun come up on Sunday morning. The set included favourites like “Tommy”, “Shaking all Over” and “My Generation”. The crowd loved it. (Charles Everest / CameronLife Ph)” width=”300″ height=”444″]

If you haven’t booked your cabin and you want to catch the Cruise then hurry up – there are still a few cabins available at http://moodiescruise.com/ otherwise you could catch him at the O2 next week.

Wilko Johnson and Roger Daltrey will combine for a one-off date at London’s Shepherd’s Bush Empire on February 25th, celebrating the release of their new collaboration ‘Going Back Home’.
The record will arrive on March 10th through the resurrected Chess label and was recorded at Yellow Fish in Uckfield with Johnson’s touring band and producer Dave Eringa.
Johnson, former guitarist with pub rock pioneers Dr Feelgood, was diagnosed with terminal pancreatic cancer in 2013. Daltrey will donate royalties from the album to a teen cancer charity.

As lead singer of The Who, one of the most influential rock bands of all time, Roger has notched up over 100 million record sales – including ten UK top 10 studio albums and thirteen UK top 10 singles, such as seminal classics ‘My Generation’, ‘Pinball Wizard’, and ‘Happy Jack’ amongst many others; as well as scoring four UK top 40 studio albums as a solo artist in his own right. Roger has also been winner of a string of prestigious awards and accolades in his 52 year career, including a Grammy lifetime achievement award for outstanding artist significance in music, a British Academy of Songwriters, Composers and Authors Gold Badge Award for special and lasting contributions to the British entertainment industry, and even a CBE for services to Music, The Entertainment Industry and Charity. As a member of The Who, Roger was inducted in to the Rock and Roll Hall of Fame in 1990 and the UK Music Hall of Fame in 2005.

The original Dr Feelgood guitarist, Johnson’s choppy guitar style and interesting dress sense kept pub-rock rocking the pubs during the 1970s. Following a stint with Ian Dury and The Blockheads, the Wilko Johnson Band was formed with ex-Blockhead Norman Watt-Roy on bass and Dylan Howe on drums, adding up to one of the most exciting r’n’b bands in the world today.

You may not be able to see Carl in this 1970 Isle of Wight Festival photo (he’s hiding behind the cymbal!) – but you will be able to see him on the following dates –

Carl Palmer will be appearing on

If you haven’t booked your cabin and you want to catch the Cruise – then hurry up – there are still a few cabins available at http://moodiescruise.com/

Carl Palmer was the powerhouse drummer in rock super group Emerson, Lake and Palmer. Often called ‘the drummers’ drummer’, Carl is a renowned showman and a musician of the highest order who has entertained fans and crowds for generations and left an indelible mark on the music world. With no sign of his ever slowing down, one can only assume the best is yet to come for Carl Palmer. Fans will be ever the richer for it.