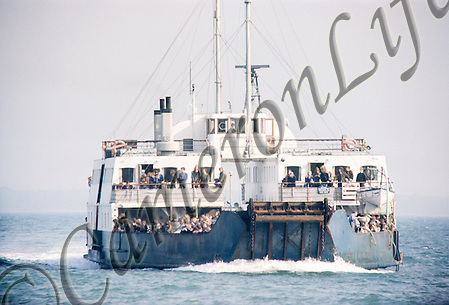 These images of MV Farringford capture a fleeting moment in the life of this ‘unusual’ vessel. They were taken by Charles Everest on the days leading up to the 1970 IW Music Festival.  The photos show large crowds of festival goers crossing the Solent before disembarking at Yarmouth slip on the way to the festival site at Afton Down.  There had been protests and meetings on the Island, by some, against this inevitability – but all to no avail.  A reported 600,000 men, women and children descended upon the Isle of Wight in the few days leading up to the festival leaving transport services at breaking point.
The sterling work Farringford carried out during the period of the 1970 Festival was a tiny part of her history.
Built in 1947 by William Denny & Brothers of Dumbarton she was launched on Friday 21st March 1947 and delivered on 6th Feb 1948 to Southampton into the hands of British Railways (the British Transport Commission) for service between Lymington and Yarmouth.
Weighing in at 489 grt and with a length of 178ft, breadth 49ft 6in and draught of 6ft, she was a ‘drive through’ ferry carrying a maximum of 320 passengers and 32 cars.  Farringford was ‘unusual’ in that she was a Diesel-electric paddle boat and powered by 420hp Crossley diesels that drove two independently controlled paddlewheels to a maximum speed of 10 knots.
Having entered service in 1948, Farringford made daily crossings of the Solent between Lymington and Yarmouth, acquiring radar at some stage between 1950 and 1954.  It was on Monday 15th June 1953 off Spithead that Farringford had her first major encounter with history when she lined up with British & Commonwealth Naval Ships Merchant Ships and others (Line L, position 12), as part of the Coronation Review of the Fleet by HM Queen Elizabeth II.
Farringford continued to ply her trade linking the mainland to the Island, ferrying holiday makers, Islanders and Festival goers alike until her last run on November 8th 1973. 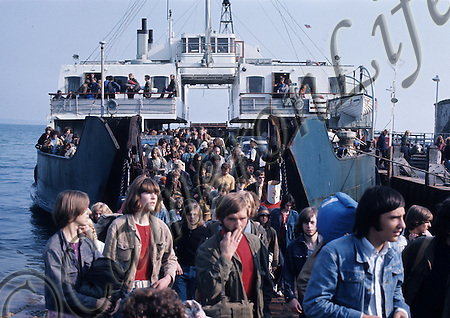 She had served the Island for 25 years but would now be replaced, along with MV Freshwater, with two new larger vessels.  It was time to start a new chapter in her life by being transferred for further service on the Humber, arriving in January 1974.
The Hull to New Holland ferry route across the Humber estuary had been serviced by paddle steamers PS Wingfield Castle and Lincoln Castle. MV Farringford was earmarked to replace Wingfield Castle, she was towed to Hull by United Towing’s Masterman where modifications were carried out before entering service.  She was rebuilt as a side loader to suit her new role and worked alongside Lincoln Castle.
A fixed link across the Humber estuary had been planned for many years with work starting in 1973 and on 24th June 1981 the Humber Bridge opened replacing the ferry service.  Farringford and Lincoln Castle were withdrawn from service the very same day.
Having been withdrawn Farringford remained moored at Hull until October 1981 when she was sold to Western Ferries for use on their Gourock to Dunoon route.  She remained laid up for three years but never made the trip north to Scotland.  She was sold again on 5th March 1984 to John Hewitt of Heddon for scrap and demolished at Silcock’s basin, Hull shortly after. 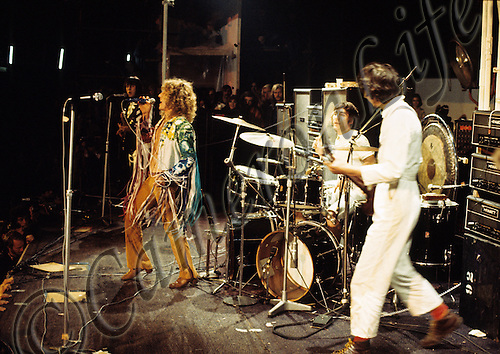 Pete Townsend performing with The Who at Afton 1970

Gary on Sax, pictured playing with Miles Davis in 1970, will be playing tonight at the Hackney Empire (11th May 2014)

‘Homo Erraticus’ plus The Best of Tull

Ian and his touring band have a busy year this year – they will also be touring on another 70+ dates in Europe and the USA.

– for more information on Ian’s current Tour dates or to book concert tickets please use links below.

The following  shots (previously unreleased) of Jimi Hendrix at the 1970 Isle of Wight Music festival by Charles Everest, appear for the first time in the public arena – on the covers of the 2014 spring issue of Jimpress (nr 103).  Another four previously un-released images accompany the transcript of a recent interview with Charles conducted on behalf of Jimpress by Steve Elphick. 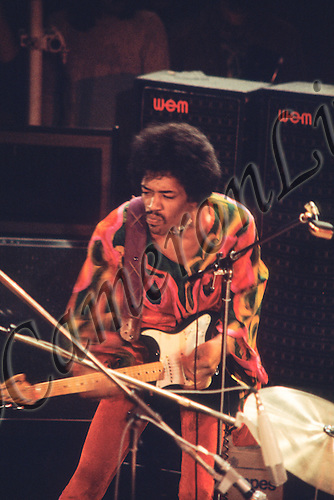 If you are an ardent Jimi fan? Then why not check out Jimpress 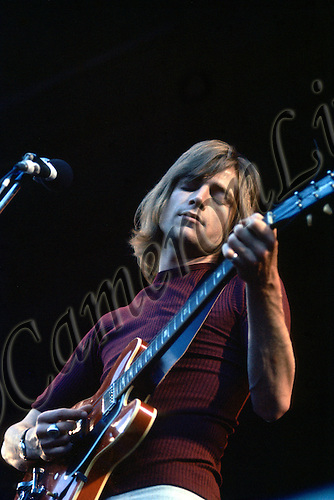 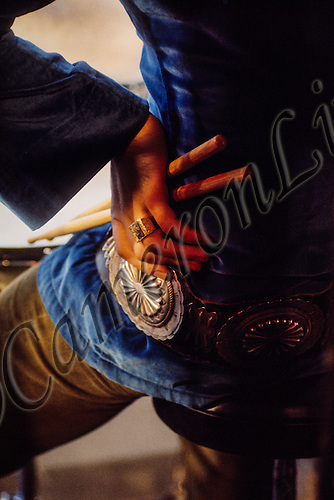 Continues tonight in Clearwater, Florida with an appearance at the Ruth Eckherd Hall, before moving on to  Miami, FL and beyond in a 24 date US tour. 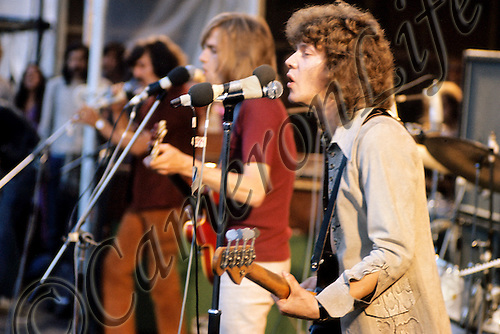 Continues tonight in Sarasota, Florida with an appearance at the Van Wezel Pac, before moving on to  Clearwater, FL and beyond in a 24 date US tour.